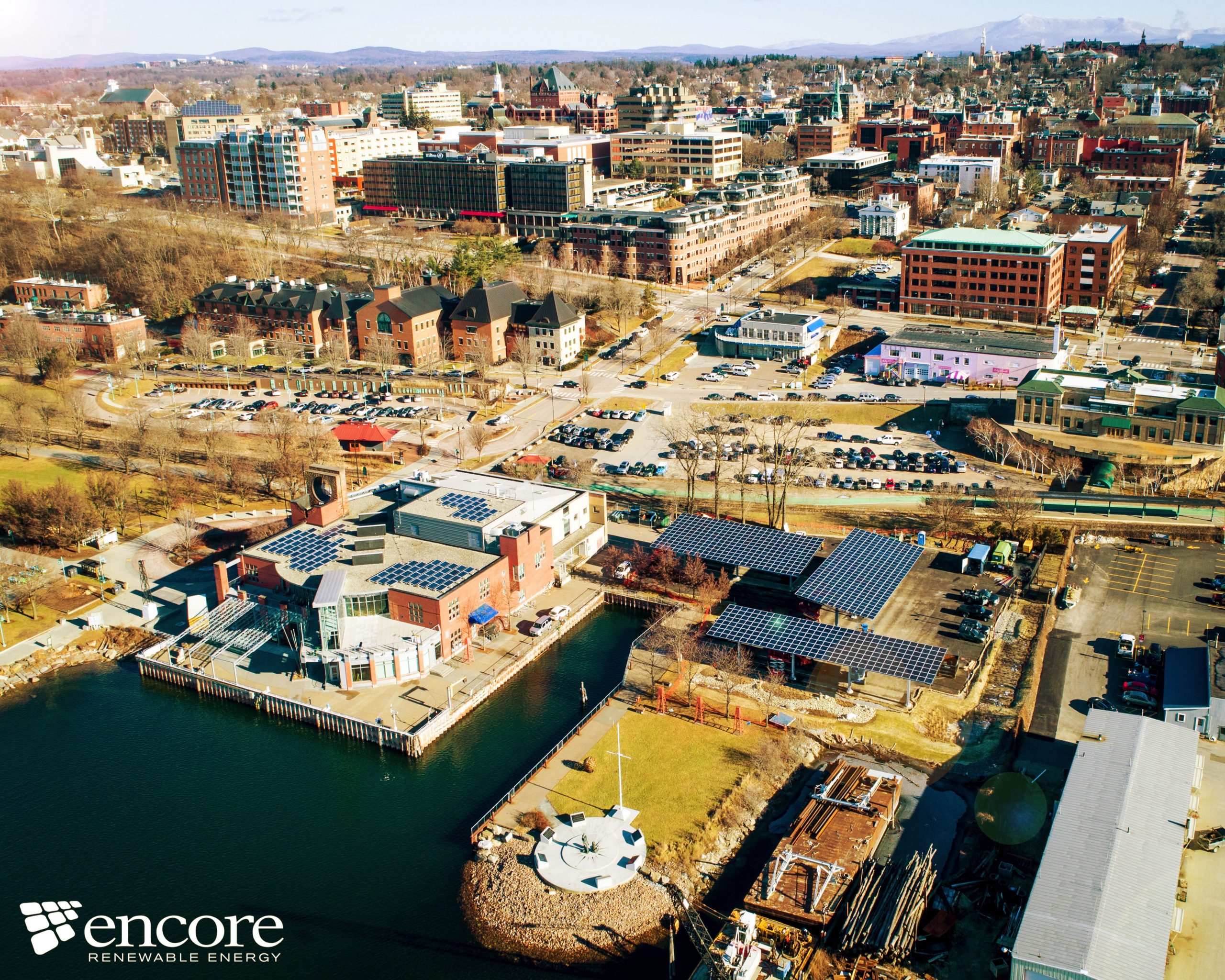 ECHO Leahy, a science and nature center on Burlington’s waterfront, was Vermont’s first LEED-certified building in 2003 and features roof mounted solar modules. Adding a solar canopy over the parking lot was an opportunity to take an urban setting in which there was already high land use and turn it into renewable power production. It was also another chance to advance Vermont’s clean energy economy and address the negative impacts of climate change.

Due to ECHO’s location in Burlington’s previously industrialized waterfront, soil and water quality were continuously monitored throughout construction in strict adherence to the State of Vermont’s regulatory process for environmentally contaminated property.

Bifacial modules create the largest solar canopy in Vermont Innovative bifacial panels capture reflected sun light on the back side of the panel, from surfaces like the parking lot, lake, and parked vehicles, as well as direct sunlight on the front side.

This allows the system to generate as much as 8% additional energy and savings for the science center. The system comprises roughly 10,000 square feet of panels throughout a 27,000 square foot parking lot. The project used the traditional method of direct bolt to standard purlins, to utilize standard racking systems, and took approximately 6 weeks to install. The system was constructed at the same time as the new parking lot and stormwater pollution control system, built by ECHO in partnership with the City of Burlington, to help improve the water quality in Burlington’s inner harbor.

Energy resiliency through microgrids Urban environments require creativity to maximize locally, and more efficiently, generated renewable energy given the limited available land. There are intrinsic benefits for ECHO having covered parking regarding snow in the winter, shade in the summer and controlled water runoff of hardscapes year-round.

This project advances many of the city’s key goals, from the protection of Lake Champlain through better stormwater facilities, to new solar capacity that helps move it toward its goal of becoming a Net Zero Energy City,

“Canadian Solar’s BiKu module utilizes existing framing size for a product suited to commercial or utility-scale projects due to its compatibility with traditional racking systems. These modules have the potential to offer a higher performing yield depending on the underside performance.” Said Chad Farrell, CEO, Encore Renewable Energy.